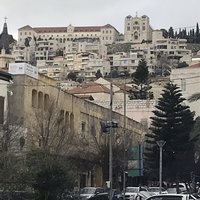 The Road to Nazareth

The idea of going home is one which has always been cherished in our society. Whether during the holidays or just for a visit throughout the year, we always treasure the times spent when family gets back together at the place they used to all call “home.” And yet, as glorious as we make it out to be, the truth is that “going home” is not always what it is cracked up to be. That is, the ideal picture we have doesn’t always seem to be what happens; rather the “perfect family and home life” is an unrealistic expectation, as it is never what we see in television shows in movies. It’s just, well, life!

Today, we go back on the road with Jesus as we follow him home. After his baptism and temptation in the wilderness, Jesus decided to get back on the road, turn around, and go back home to Nazareth – the place where he had grown up and lived practically his entire life. And what he quickly discovered was that “home” was not as welcoming as he thought it would be. Because see, to all those in Nazareth, he was “Joseph’s boy,” the son of a carpenter. This whole nonsense of being the Son of God made no sense to them. And so, when he headed into the synagogue, preached, and declared that the prophecies had come true in front of their eyes in the form of him, the people who had watched him grow up got very angry. Who was he to say he was the Messiah?! They knew exactly who he was and he sure was no Messiah! Thus, all those in the village – those who he had known his whole life and had come to love and trust – chased him to the edge of town and threatened to throw him off the cliff which the town was built on. And they very well would have if he hadn’t backed down and left town. Yes, Jesus quickly discovered the truth that a prophet cannot be accepted in his own hometown. Thus, almost as soon as he arrived, he was back on the road again, ready to begin his ministry elsewhere.

So, it would seem that Jesus’ road to Nazareth was an epic failure. But in reality, it wasn’t, as there is a lot to make of this road he travelled. For on the road to Nazareth he confronted those in his hometown with an important question of who he really was. And that same question is offered to us: Who is this Jesus of Nazareth? Who is he to you? The answer to this question makes all the difference in the world; for it will help us understand better who we are and will transform our struggles into hope and faith.