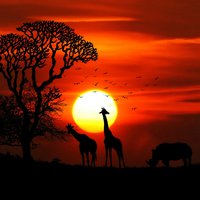 Who Me? Change the World?!

Who me? Change the world?! I am sure these would be the exact words most of us would say if we were told by God that we were going to change the world. We would be scared, unsure, overwhelmed, and feel unqualified. I know I certainly would. Today, as we continue to discover our faith on the red carpet in our “At the Movies” series, we take a look at the 2007 comedy, Evan Almighty. Evan Almighty is a spinoff to the probably more famous Bruce Almighty, and is a modern telling of the Noah’s Ark story. Evan Baxter, well-loved meteorologist from the first film, has been elected to the United States Congress as a congressman, and so the beginning of the movie shows him and his family packing up and moving to Washington D.C. His campaign slogan was “Help Me Change the World,” and so we soon find him praying for God to help him change the world as he begins his first day. Obviously, he made this promise and is now scared of what it means.

Beginning the next day, strange things begin happening to him until eventually God (played by none other than Morgan Freeman!) shows up and tells Evan he wants him to build an ark; for a flood is coming. The rest of the movie then focuses on Evan trying to wrestle with the craziness of this all as well as the pressures of family and a high-pressure job in Washington, where he quickly gets drawn into the political scene. And of course, the ridicule he receives for doing something that seems so ridiculous! In the end, he gets a lesson on what changing the world is all about – one act of random kindness at a time. Yes, we all can change the world and it really isn’t as daunting as it may seem. For by following Micah’s declaration to do justice, love kindness, and walk humbly with God, as well as being salt and light to the world, we can truly change the world one act at a time. Because by following this mantra, we can light the spark that will light the fire that changes the world. How are you going to change the world?